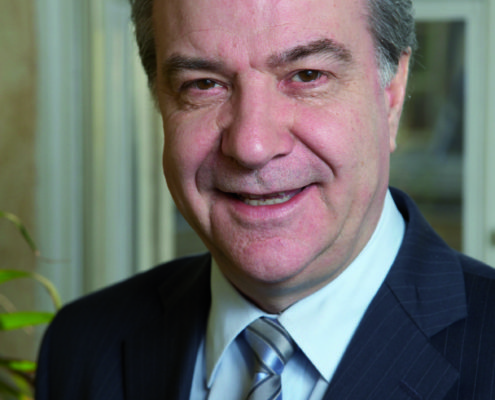 In 1972, after studying maths and physics, Guy Marty went on to become a wealth consultant with MM Worms et Cie where he stayed until 1977. In 1978, he joined CCF (now HSBC), where he held several positions dealing with private clients.

He founded the Institut de l’Epargne Immobilière et Foncière in 1986, and has been the managing director untill 2016.

As the author of several books, he has influenced both the evolution of asset management for individuals and investment information provided to the public.

In his savers’ guide, Guide de l’Épargnant, published in 1980, with a foreword by Jean Fourastié, he traced a comparative history of the main forms of investment – shares, real estate, bonds, gold and so on – from the start of the century until now.

In 1985, Epargne Assissinée (Savings Assassinated), a book that received an award from the Académie des Sciences Morales et Politiques, Marty adopted a light, humorous approach to initiate the general public into the economic context of investment and the notion of long term.

In C’est l’épargne qui a raison (1992), he made an unprecedented analysis of real estate and wealth management based on the examination of SCPIs.

Guy Marty has also run numerous think tanks on pensions, the economy, the social economy, financialization, and globalization, all of which were widely covered by the economic and business media (Investir, Le Figaro Economie, les Echos, Herald Tribune, etc.) and often presented at conferences in France and abroad.

Guy Marty initiated the production of a white paper on real estate innovation for the Finance Innovation cluster, and in December 2013 he received the Jean Weil award for “Immobilier et Société” in recognition of the twenty years he has spent working on improving the quality of research in real estate, developing its scope, and publishing opinions and forecasts.

He is a member of the SFAF, a Certified Financial Planner and a Fellow of the Royal Institution of Chartered Surveyors.